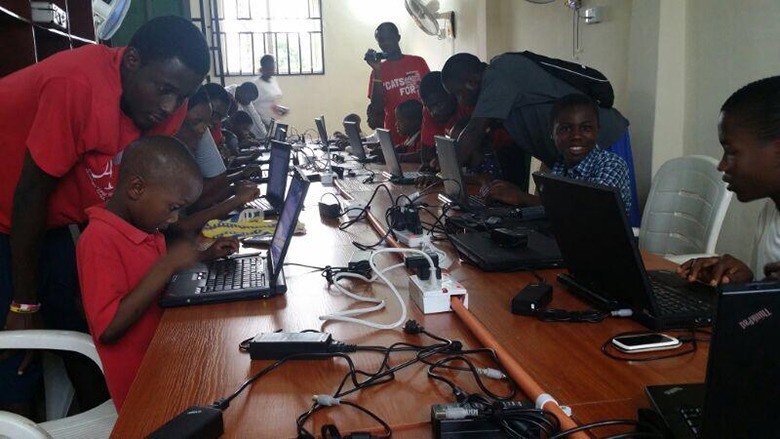 Mid-way through the A2S trip is usually when everything overlaps, and today was no different than previous years. Except that today connected in a new and special way. In our devotion this morning we shared about the costs of doing good and how to find God when we are mentally and emotionally fatigued. The team shared times during this trip where they almost felt like they had nothing else to give, but found the energy to keep going because of something a team member, camper or stranger said or did. We learned to listen and draw on God’s provision of strength through others.

After devotion, we went for breakfast. Right before the end of breakfast, the coaches started arriving for our camp debrief session. It was a time where we talked about everything from our strengths and weaknesses during camp and what we can do better next year to how much impact we thought we had and the way forward, relationship building and much more. After three hours or so, it was sad to finally draw a close to the empowerment and basketball camps as we hugged and said goodbyes to our coaches and volunteers from camp.

The team took a break for a few hours, and everyone went to visit with their families before the commencement of afternoon activities. By 3 p.m., we finished packing the bus with afterschool items that I brought with me from the United States, and somehow, I knew this would be the most emotional part of my trip. As a kid, the closest I ever came to a computer screen was when I saw one on television. I wondered what it would be like to have one and how cool those elusive toys were. There were no computer centers nearby, no Wi-Fi or anything of the sort. But I would soon be exposed to the world where those fancy toys I saw on my TV screen came to be when I received an opportunity to study abroad in the UK and then in the U.S. That world does not slow down for people with little to catch up, and my background did not really help me prepare for the times ahead. In 2005, a teammate gave me my first laptop, and I bought my first personally owned laptop in 2009 at 23 years of age.

Today, I stood in awe as we carted the box of 16 donated laptops upstairs into our newly constructed after-school center. I stood with my hands folded and my gaze focused as one by one we unwrapped the laptops and placed them on the table. In no time, we were live and ready to go. Immediately we were set, we asked for the kids, and they walked into the room not knowing what to expect. Most of our kids sat in front of computers for the first time at the recently constructed A2S computer center.

The kids were inquisitive about the contents of the box that was being carried upstairs by Funmi and Nosa this afternoon. We expected excitement, but we were stunned. Remember that toy that I would not know what to do with if I had one? The kids had a different reaction. They were so overwhelmed and scared that they did not want to touch the keyboard. We proceeded to show them some fun things they could do with Microsoft Word, and in no time, we were the ones chasing after the kids.

Great, a little boy later ran up to me, dragged me by the hand and said, “Uncle, uncle, please come

and see what I wrote on the computer.” My heart almost melted when I saw that he had figured out how to write, “I love Access to Success. My name is Great I love eating beans, rice, dodo (fried plantain) and moi moi (baked beans), I am a good boy.” On the other end 15-year-old Israel had designed his own A2S Logo with his name on it and “basketball” written boldly across the page. In that space I saw kids display different areas on interest on the computer. The smiles of their faces will fill me up for a long time.

Thanks to the hospitality of Pastor Ben and his wife, we had left and had a delicious meal of pasta with the choice of chicken or fish. After dinner, we returned to the hotel to shower and reconvene for reflection and devotion. Afterwards, Upe, Funmi, and Uche continued their quest to learn how to swim with Nosa while Ehis and I spent the time discussing A2S and strategy. At the end of the night, we all gathered in my room to go through pictures before everyone left for bed.

Everything came together today, and I am thankful because it was truly an opportunity to see what a service the holistic approach of A2S is. I never saw a laptop until I borrowed one from the Davidson library to use for homework in 2009, and today I am thankful that hundreds of children now have an opportunity to take a step closer to their dreams much sooner.

My dreams were ever sweet, and the events today have caused me to believe that they will be sweeter tonight. Goodnight my beautiful people.