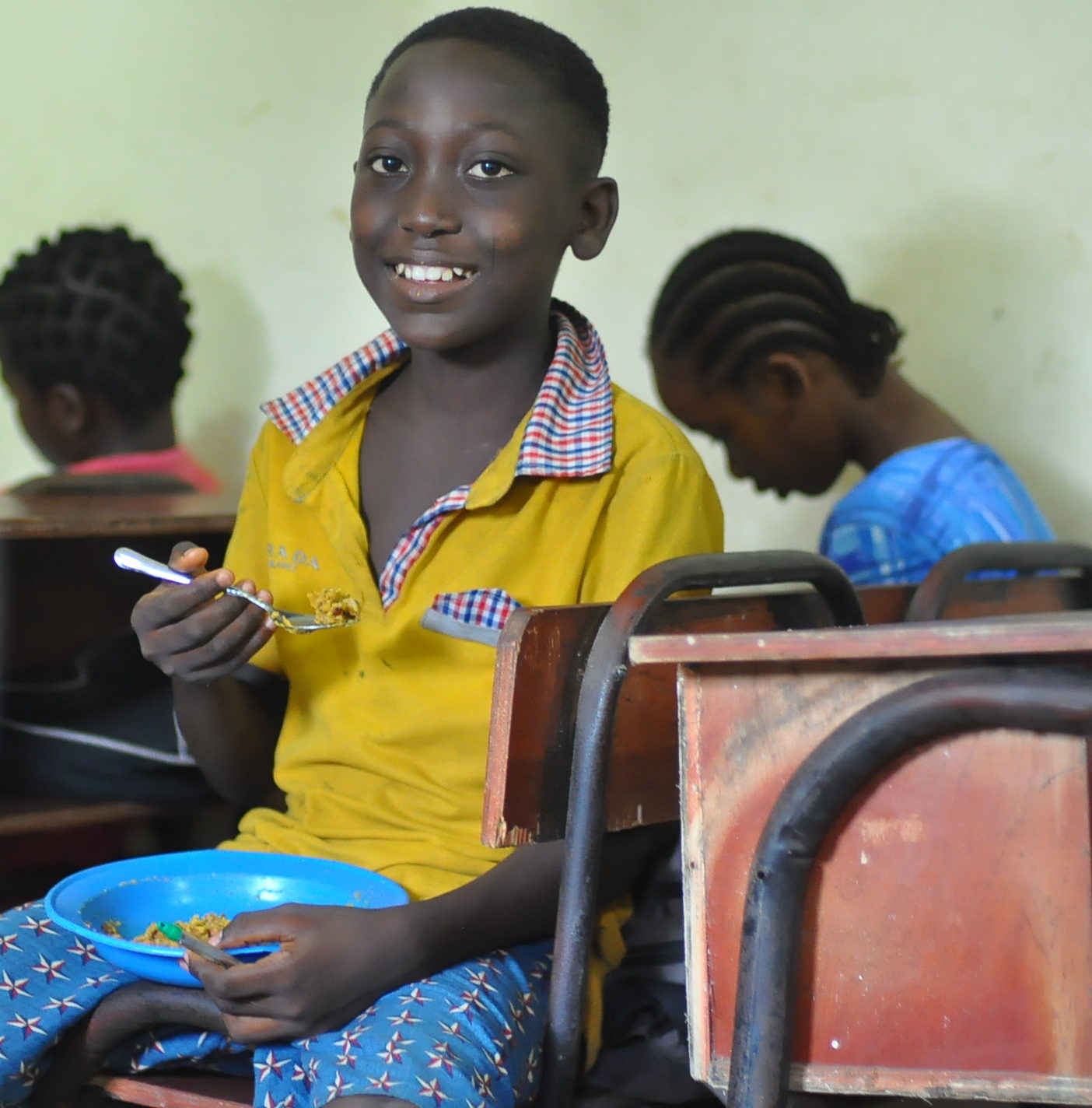 Amas Guobadia used to walk home very tired after selling newspapers and magazines at bus stops after school. Amas had to work to assist his father, a bricklayer, and his mother, a cell phone card vendor. His classmates would not even talk to him because they thought he looked like a delinquent. No one knew he had a secret dream to become a lawyer and a footballer (soccer player). Amas’ parents registered him at Ohuoba School. Even though he was able to go to school, he did so on an empty stomach. 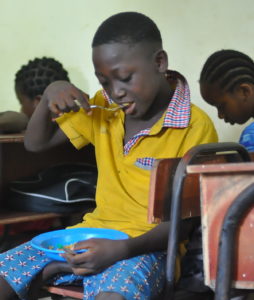 Amas joined the A2S After School Academy in 2014 and is now in his early teens. Amas no longer has to hawk newspapers and magazines. The meal given to him at the academy enables him to learn on a full belly. He has lots of friends now. The academy is like a second home to Amas. Every weekday at 3 p.m., he arrives at the academy. They start with prayers, then recite the vision and mission statement. Volunteers, many mothers of academy students, prepare sumptuous meals for the children. After eating, classes commence with math, English, chemistry, physics, biology, crafts and computer literacy. 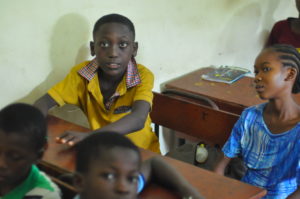 When classes are finished, Amas tidies up his environment, says a closing prayer and heads home at 6 p.m. The time at the A2S After School Academy makes school work easier for Amas and gives him a chance to learn more. Experienced and qualified tutors help the kids with difficult homework. This has greatly improved Amas’ performance at school.

The After School Academy is shaping the life of Amas and children like him in his community. His family even benefits. A2S distributes Christmas gifts to families of academy students. Food, clothes and school bags are provided for Amas and his siblings. Amas’ favorite food is Jollof rice with fish. He likes eating, playing football, and riding his rickety bicycle. Amas is grateful to A2S for giving him, his family, and his community resources and for feeding him on a daily basis. He now has hope for a brighter future.

Thank you for supporting Amas and all of the A2S kids during the Meal-a-thon!