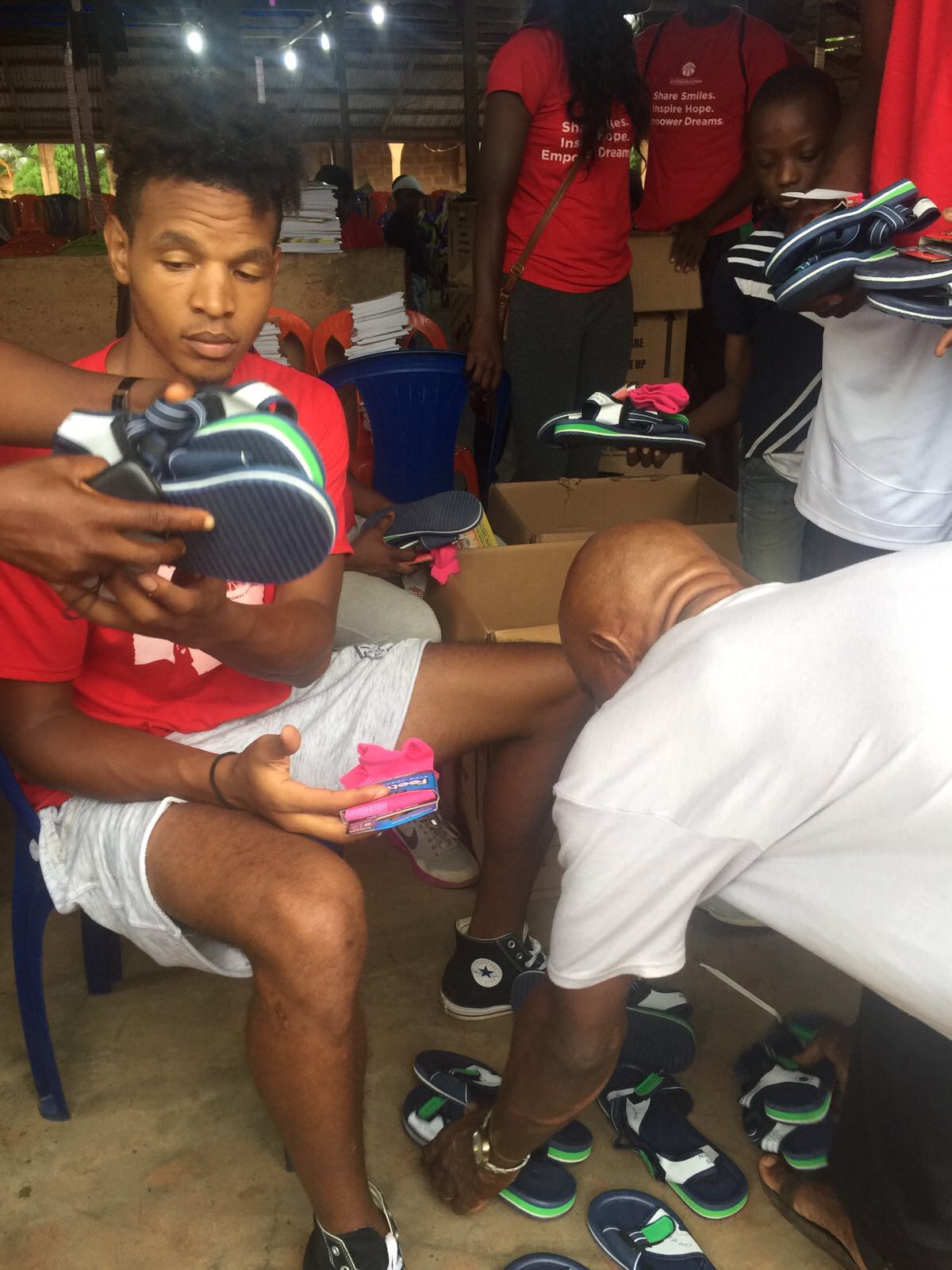 Today was Sunday Funday and it lived up to its name. That goes for all the other days I have been here in Nigeria as well. There’s always a moment during the day whether it be big or small, that makes you feel like the work you put in and the late nights you stayed up preparing, were worth it.

The morning started at church with a surprise sermon from Andrew, which began the fun and humor of the day. Andrew seemed to forget that most of the Nigerian congregation can’t understand English well, so every few sentences he would have to pause and have a Nigerian pastor translate to Pidgin so the majority could understand. It also gave us Americans an opportunity to learn some Pidgin English. Albeit unsuccessful, the opportunity was there.

We then went to University of Benin for camp and for the campers empowerment, all-star game, and other events. The empowerment camp was led by the Nigerian coaches today and unfortunately I wasn’t able to spectate as usual, but I heard it was a success. It was a lot of fun playing with the A2S coaches against campers and coaches from Nigeria. The atmosphere the kids created with their energy and excitement inside the arena made it feel like a Final Four game. There was no play, move, or basket that wasn’t more highlighted by the kids cheers and chants. They even started the “wave” with in the crowd, which was really cool to see. It was a great team effort where everyone was involved, and most importantly we continued the undefeated streak for team A2S.

I always enjoy interacting with the kids—they have so much genuine love and passion for each other and the game, its enlightening and refreshing to see. The kids truly make the experience here unforgettable.