A Promise for Wisdom 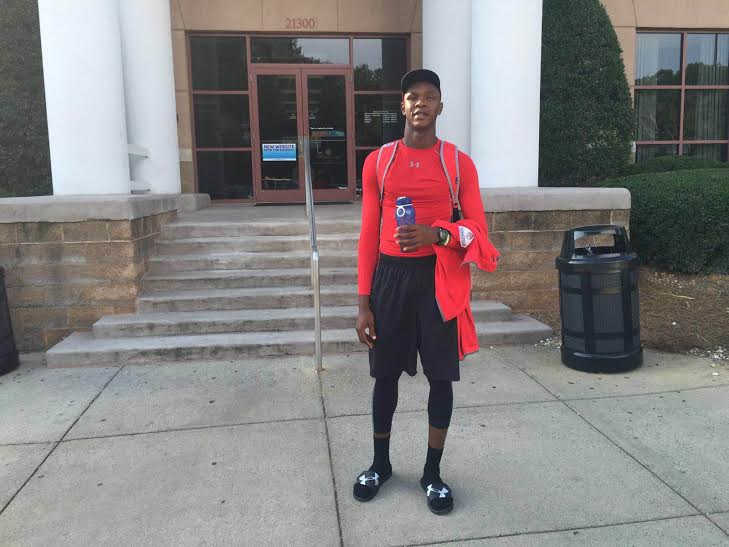 Wisdom picked up a basketball for the first time in November of 2013. He heard about the A2S summer camp in Benin City and figured that he could attend the camp and stay with his older brother, who was studying at the University of Benin. Then 14 years old, Wisdom was heartbroken when, without much thought from his dad, he was told that he would not be allowed to attend camp. On the eve of the camp, he was surprised when his father told him that he should get ready to be on his way to camp the next morning. He recalls embarking on the hour-long journey, along bumpy roads to attend his first camp.

And now, he is on another journey: to study and pursue his dreams in the US. As he sits in the hotel room with his visa in hand ready, he will always remember that stern NO and last minute YES from his father that brought him and A2S together.

In the summer of 2014, Wisdom was very new to the game. A2S held its annual camp, and A2S President Andrew Lovedale saw something unique in him. “Wisdom embodied everything we were looking for in an A2S camper,” he said. “His raw skills did not matter. He expressed care for others, was willing to learn, and conducted himself in a humble but confident manner.” Andrew told him, “If you continue to get better on the court, be of outstanding character and take your studies seriously, we will explore opportunities for you to study and play basketball in the US by the time you are 16, if that is something you would like to do.” Andrew then called the A2S Program Coordinator and asked him to keep an eye on Wisdom’s development in the classroom and on the court.

“When Wisdom told me about the encounter, I told him it sounded like an empty promise,” Wisdom’s dad Mr. Asaboro said. “People make promises that they can’t keep, and in this country we see it time and time again.”

What seemed like an empty promise to Mr. Asaboro was a gift to Wisdom. “After the conversation, I had a lot of thoughts run through my mind but I had faith in the inspirational talks I heard from Andrew throughout camp,” he said. “I had this confidence that God’s plan for my life would be actualized through Andrew Lovedale and A2S.”

Two years later, Wisdom, now 16 years old, received a call from Andrew to come and spend a few days with him in Benin. Andrew was on an A2S work trip leading an annual staff retreat, youth seminar and volunteer orientation. Since their last encounter, A2S had entered into a special three-way partnership with a donor and Christ School in Asheville to help fund the education of two boys, and Wisdom was to be one of those boys.

Today he is bound for the US to continue his education at Christ School thanks to our partners. This summer, he forged a bond with his future host family, the Bridgefords, when they served on the A2S mission trip, and now he looks ahead to embracing a new culture, world of possibilities, and increased role as an A2S ambassador.

“My motivation stems from knowing the kind of environment I came from,” Wisdom said. “It comes from knowing that I have a large nuclear and extended family who will be looking up to me. I want to do well so that I can be the kind of person that people in my family and community can look up to. There is a shortage of mentors that others can look up to and learn from in my family or community, and I was very lucky to have met Andrew Lovedale.  I am looking forward to making the most of my opportunities so that I can one day be someone who people can look up to as well.”

Wisdom is another child whose dreams A2S is committed to empowering through a continued relationship. Like many A2S kids, Wisdom used to borrow his older brother’s gear until he outgrew them, and A2S camps have allowed him to get the right shoes and gear to play a sport he loves. A2S looks forward to continuing to play a part in helping Wisdom reach for the stars.