Final Day with Our New Friends 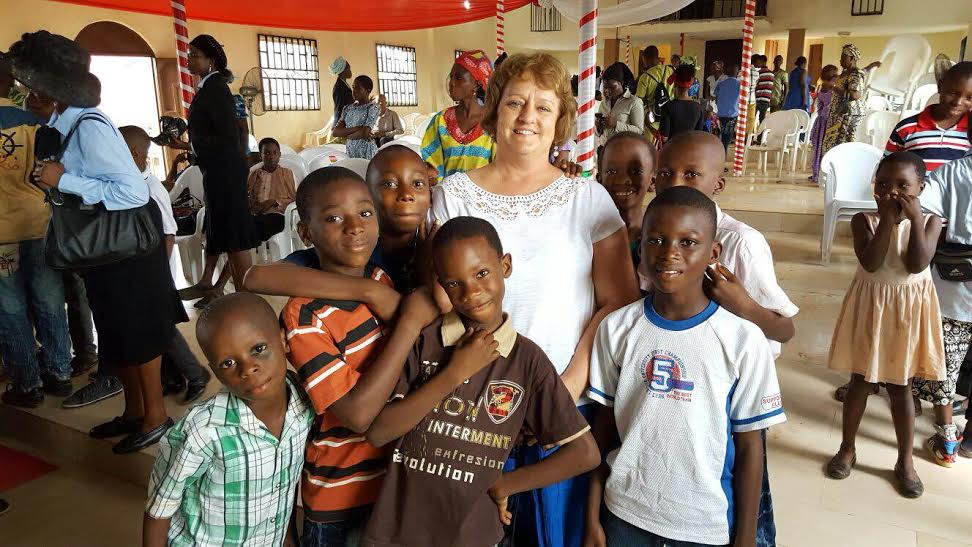 By Anna Eichhorn, Director of Development

Today we woke up and prepared to attend church service with our new friends at Gospel Life Bible Church. Our traditional African clothing was delivered yesterday, and we all put it on for some photos together. Their lively worship service lasts several hours so we arrived a little later and were ushered to the best seats in the front. Throughout the trip we were treated as special guests and offered such kind generosity by everyone at the church; the love of Jesus flows through that body of believers.

Our own Andrew Lovedale was the guest minister this morning and delivered a well-received message on “Come Just as You Are,” encouraging everyone to be like Jesus and associate with those society deems sinners or less than desirable to fellowship with. Andrew reminded that that the church does not need to be a place of judgement and condemnation but a place where the people of God love and show mercy to those that need to hear the good news of Christ’s forgiveness. At the end of Andrew’s sermon, another unexpected guest asked to say a few words. The police commissioner Greg Udom, who we all met several days prior at the police headquarters, spoke about the great work of A2S and how since starting our programs, the crime rate in this area has noticeably decreased which was a positive outcome of our afterschool programs.

After service the children and some adults wanted to have their pictures “snapped” with us, and we enjoyed time with them all. That has been one of the most surprising things to me during this trip, everyone wants to touch us and take pictures with us. They want to feel our skin and hair since many have never seen a white person or Oyibo as we were called on many occasions. We tried to show them that we are all the same except the color of our skin.

After lunch, we spent time at the hotel resting before going out to sight see. We saw the moat that extends 9,900 miles around the city which was dug by hand to protect against enemies but eventually destroyed by the British. We saw a statue of the elders from the various tribes and took some fun pictures there with them. We went past the King’s palace but could not enter since it was being renovated and prepared for the new King’s coronation. We drove through the market and stopped on Igun Street to do a little shopping. We tried to see a famous artist’s residence/museum but it was closed on Sundays. In all it was an interesting place to learn more about but our Nigerian friends made it so much more interesting by giving us some context and history to bring what we were seeing to life.

We went to Pastor Ben’s house for one last dinner tonight, and as always, enjoyed his and his wife Sofia’s kindness and hospitality. Many meaningful prayers and discussions took place, and we learned more about both of their backgrounds, careers and accomplishments which was great. They were such gracious hosts to all of us during our stay. Gifts were exchanged, photos taken, we broke bread together and prayers of thanks were given for the success of our trip.

We ended the day with our usual session of pits and peaks of the day but I added a new, last day activity: the Americans had to tell the Nigerians what expectations they had of them going into the week and which of those expectations were not at all what they expected. Then we reversed the exercise for the Nigerians to tell the Americans the same thing. We all laughed a lot and grew even closer as a team; it was a meaningful time together to express gratitude and thanks, build each other up, and solidify lifelong relationships. Whether black or white, Nigerian or American, male or female, we were one team working in unison to love our neighbor and care for the least of these in a way that could potentially change their lives. We are on this earth as ambassadors for Jesus Christ and to follow in his footsteps; my hope is that we did a job worthy of Him one day saying to me, “Well done good and faithful servant”.