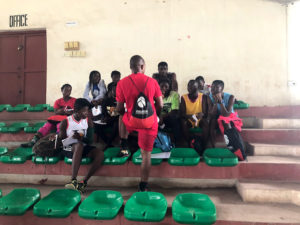 Today we got to opportunity to attend Pastors Ben’s church, which is also the church most of our A2S kids in Nigeria worship in. The services went on for two hours and, as daunting as that may sound, it flew by so fast. We were thrilled to hear music by the church choir which is made up of A2S scholarship kids; The choir sang with so much charisma and they showed genuine enthusiasm and love for Christ in their singing. The climax of the church service was having the US team take to the dance floor and be immediately joined by the other members of the church. It became very quickly evident that praising God is a universal thing and is not limited by language, culture or any other societal induced barrier.

As much as we plan, those plans are sometimes limited by other variables which we do not control; with the rain the first two days of camp we became a little constrained to focusing a lot on the empowerment sessions. The rain was a blessing in disguise because it gave every member of our team more time to spend with the campers, and it is fascinating to hear what they have to say. Today didn’t disappoint with the rainfall and we also had some rookies playing the role of lead facilitator in the empowerment session, so it was setting up to be an interesting empowerment session. The empowerment session was based on vision mapping and the kids got a chance to converse among each other to create a vision map for the country and subsequently for themselves.

The day’s activity continued with the All-Star basketball game between the Nigerian coaches and the A2S team, with the A2S team wining for the 7th consecutive year and Andrew being named the unanimous MVP. It was so much fun for the campers as they rooted for coaches and team members they wanted to win the game. The campers soon got involved playing “Simon says”, go for it and a dunk contest.

We were a little apprehensive that the kids might start feeling a little cooped up because they were unable to play, but they still supported and cheered for the campers that got a chance to partake in the Sunday Funday competitions. At the end of the day, what stuck out to me the most is the world community. I am happy about the fellowship we get to share in A2S and the dreams we are continually empowering. 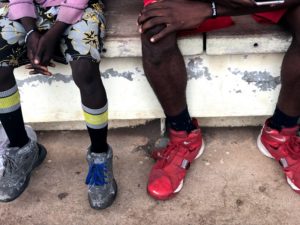 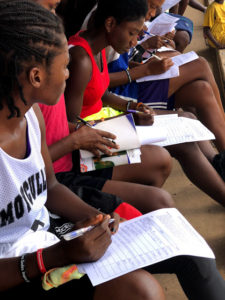 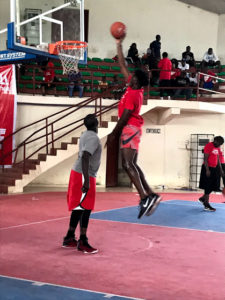