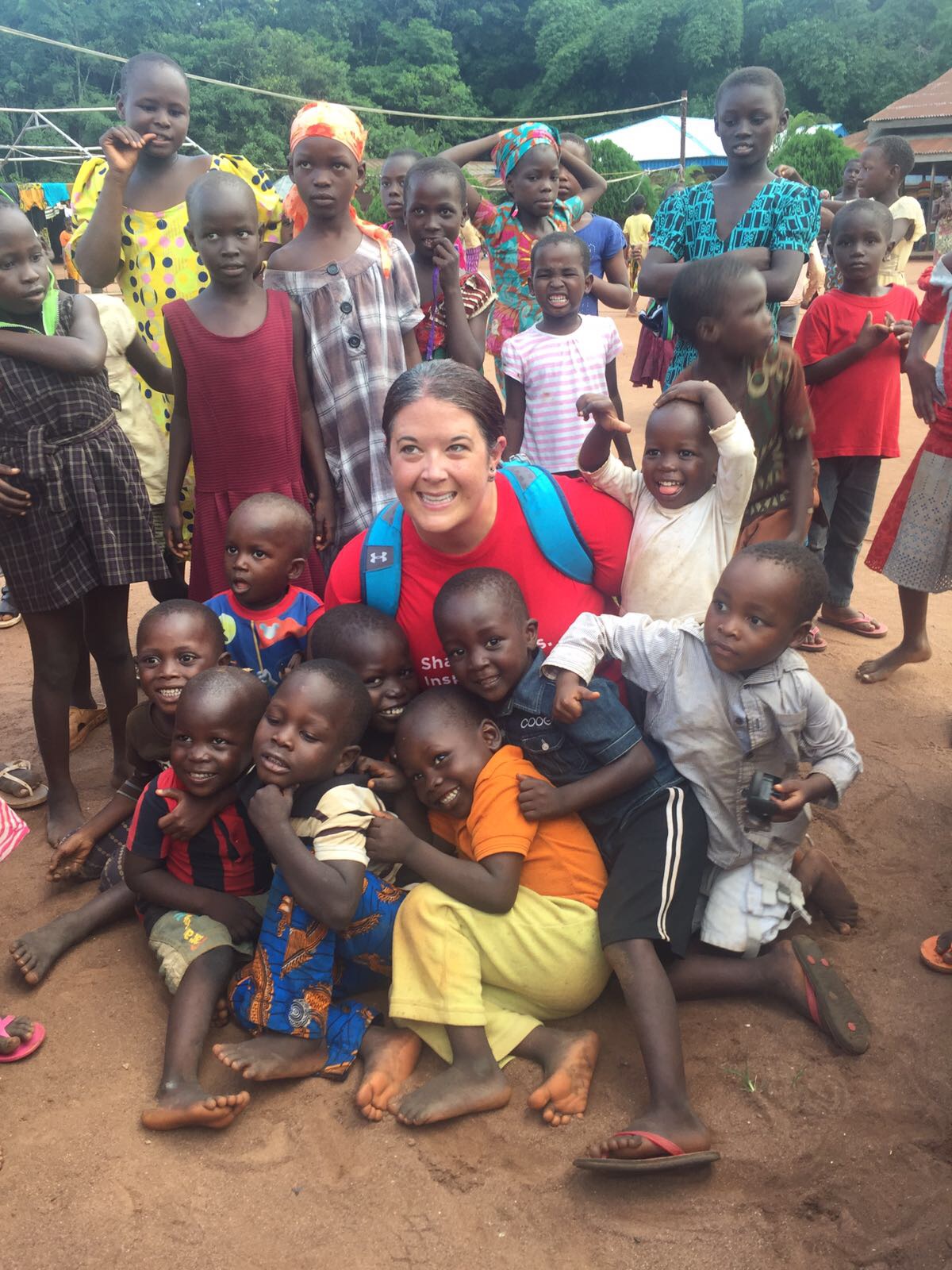 Today was the final day of Empowerment & Basketball Camp at UNIBEN. The team arrived around 9:30AM in anticipation of it being a long day with a lesson, basketball, awards and distribution. Like most days, we all jumped into action as soon as we pulled into the Sports Complex, with campers approaching the bus to help carry bags, boxes, lunches and waters.

The lesson today was on “First Impressions,” led by Cameron and Lindsay, discussing several scenarios about what makes a good or positive and a bad or negative first impression. As we were walking through the exercise we didn’t think we’d have enough material to feel the time, so Cameron decided to improvise and walk through some scenarios as role playing with camper volunteers. While we were leading the camp, neither of us thought it would become such a fun and fruitful part of the lesson, but the campers really came to life and kept begging for us to present them with more scenarios to act out.

While both empowerment camps were successful, Andrew and Lindsay spoke a few extra minutes in particular to the girls, explaining to them how desperate we are to see them empower themselves, follow their dreams and become strong women leaders. At the end of our discussion, one camper asked if she could sing a song. She came forward and with a beautiful voice, she sang: “If you wanna be somebody—if you wanna go somewhere—you better stand up and pay attention.” (some of you may recognize that from Sister Act 2.) Within minutes, every girl was on her feet and they were singing the song in such a powerful way that it easily became one of our favorite camp moments.

When the empowerment camps were complete, the campers all joined together in the indoor stadium to watch the finals games.  They all cheered on the teams as the final games were played. The campers had fun playing in the playoffs and they didn’t want it to end. You could see it in their faces that they didn’t want it to end as they heard the whistle that the camp has ended.

At the end of the basketball games, the trip team members and the A2S Nigerian staff organized the boxes for the distribution. During the empowerment camp, we also talked to the campers about how not only first impressions were important, but so are lasting impressions. We reminded them that in the previous years, everyone left camp mad, angry and rude because distribution was so difficult. We told them that in order for us to continue distribution in the years to come, we needed them to remember how important it was to leave a positive lasting impression on us and each other. Some of our team, like Ehis, were so scared at first if distribution would go on as planned, but it went on smoothly, thanks to Lindsay and the rest of the team.

In an incredibly organized fashion, we were able to successfully distribute Feetures! socks, new basketball shoes and NBA gear to all the campers. The campers had smiles on their faces and they all went on the dance floor to appreciate A2S for everything. One final thing we had the campers do was take some time to sign a banner: “What Does A2S Mean to Me?” writing words such as fun, family, knowledge, empowerment, and more.

After a successful distribution, we gathered all the campers back together for the awards ceremony, presenting awards such as Most Improved, MVP and Leadership. Ending the camp on such a calm and positive note allowed the team to partake in photos, dances and hugs as we said our goodbyes and closed out yet another basketball camp.

Like most nights, we ended the evening with dinner at Pastor Ben’s house (pounded yam and beef stew) and debriefed with our peak (highlight) and pit (low point) of the day as a team around the hotel’s pool. The team shared so many stories about individual campers, fun moments of the camp and observations that our hearts were all full of joy as we officially wrapped up the 2017 Empowerment & Basketball Camps.