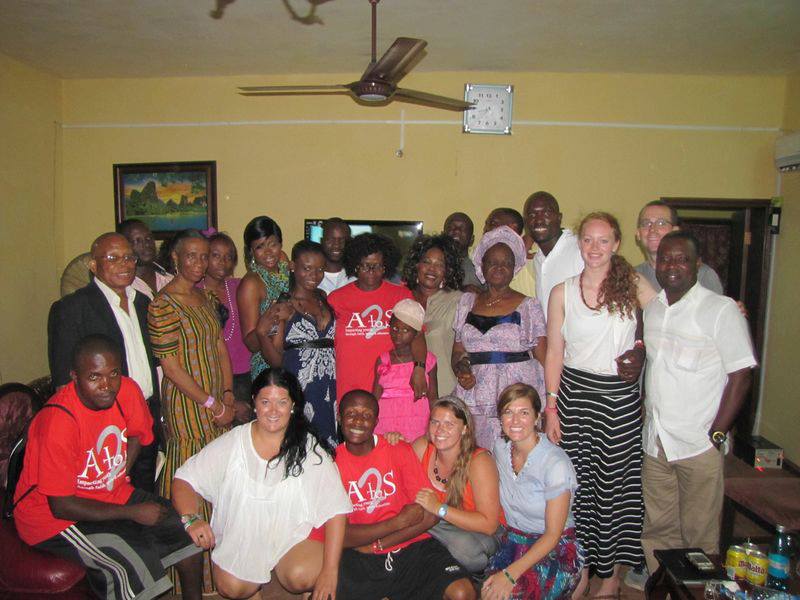 You know how you have that place where when you pass by something familiar, it just feels like you’re almost home? For me, one of those places is touching down in an Arik Air airplane onto the runway of Benin City after almost 24 hours of flying.

You see, when that plane touches ground, I know that what waits on the other side of the chain link fence. It’s the people that opened their doors to me for three consecutive years of 2011, 2012 and 2013. It’s the people that make me laugh after a long, hot day of service work while we dance to the Afro beat in the hotel gym. It’s the people that hug me tight when I cry every time I think about saying goodbye. You see, on the other side of that chain link fence, my friends – no, my family – will be there, shaking the metal in excitement and frantically waving as the plane touches ground.

And if that was the only thing that happened during my time in Nigeria – an opportunity to hug their necks, catch up on their lives and snap new photos with them, then that would be enough. But the best part? That’s just the beginning.

It’s been four years since I’ve visited Nigeria. Since then, my own piece of the world has fluctuated from being consistent to downright chaotic. For those that know me, you’ll know that making the decision to return to Nigeria was a bit insane this year – as I’ve started and ended relationships, changed jobs, moved. All of these things were red flags, signs that said, “no way, you can’t possibly take something else on.” But then I looked at the photos. I read my previous blogs. I remembered all the progress A2S has made in both US and Nigeria operations in the four years since I’ve been back, and I all wanted to do was see it for myself.

And that’s when I realized, where is the one place you want to be when your world is crazy stressful? Home.

So in two weeks, I’ll wrap up my final work preparations, throw up my out of office and say a little prayer that my team gets by ok without me. (You’ll be fine guys, I promise!) I’ll throw some lounge clothes in a carry on and get on that insanely long flight that makes me wonder why did I sign myself up for this again.

And then I’ll see that familiar sign indicating we’re approaching the Benin City airport. And in that moment, I’ll look out the plane’s window and hope my A2S friends are waiting on me.