More Than a News Story 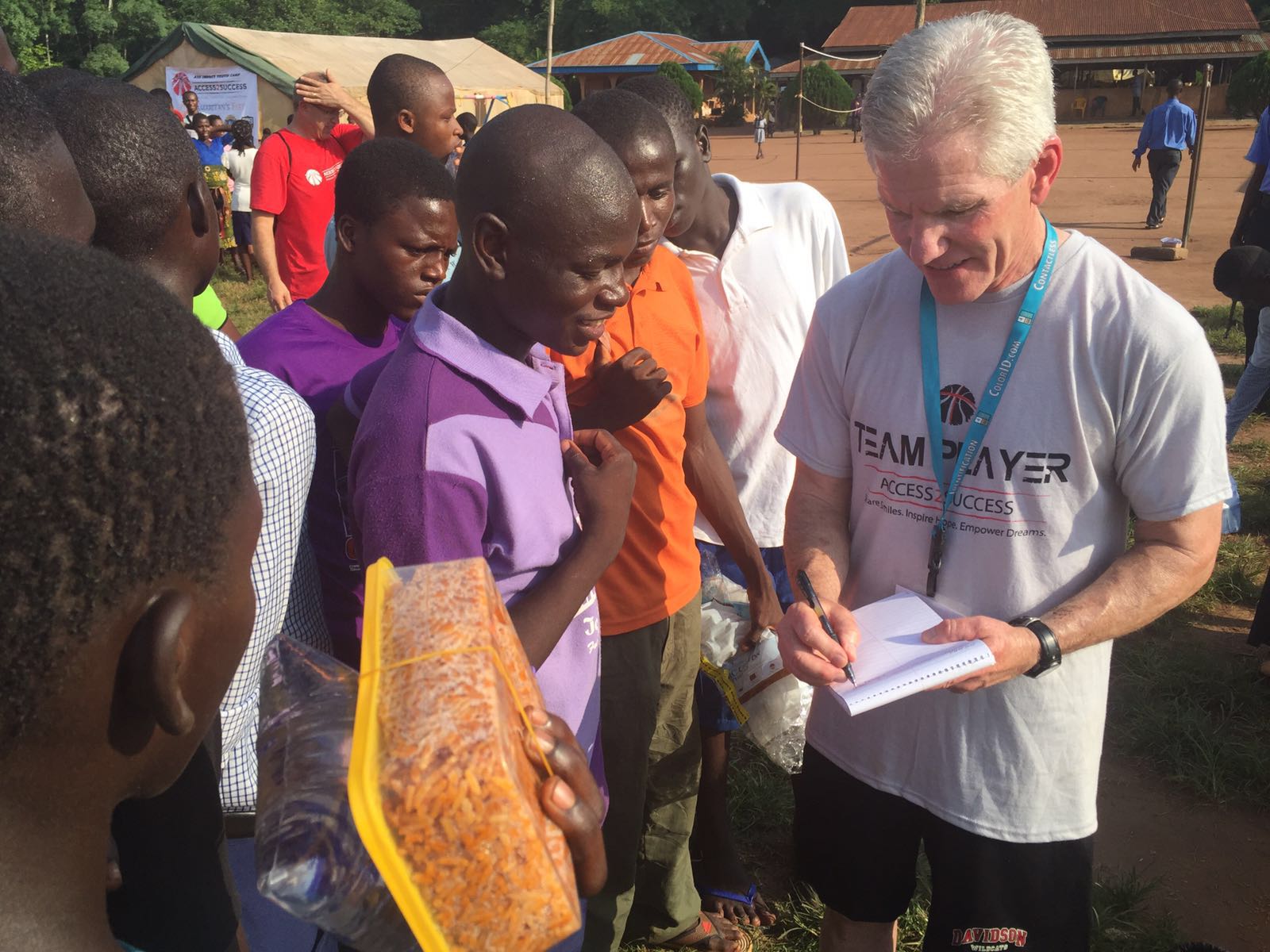 We are mid-way through our 2016 A2S Benin City mission trip. The number one rule that Andrew Lovedale highlights in the mission trip volunteer manual is “you will not be comfortable.” Today, that point became so painfully clear. We spent most of the day at a large Internal Displacement Camp run by a Christian non-profit group. We made our way this morning to the outskirts of Benin City to serve these refugees who have been driven out of the volatile north east region of Nigeria by Boko Haram terrorists.*

Now you might ask, what does ministering to the needs of refugees have to do with A2S’s mission “to provide sustainable programs that generate positive change for Nigerian children and their communities”? Over 90% of these 2,500 refugees are children. The balance of the 200 or so are widows. Most of the kids ended up here because Christian ministers and missionaries spread the word that this center existed and parents or relatives sent these kids here to get them away from the violence. All too often, the children were sent here after Boko Haram had swept through their village systematically eliminating able-bodied males. Too many of these children watched their fathers die brutally at the hand of these terrorists.

When the A2S team reached camp, we were met by the directors and took a tour through the grounds. The camp is set in a lush, almost tropical environment. The roads are dirt and what little grass is left on the acreage has survived the pounding of thousands of little feet. The structures are a mix of wood buildings with tin roofs and large tents. 200 girls or 200 boys will sleep on mats laid on rough concrete floors in a building 50’ x 50’. There are 10 classrooms in an open-air concrete structure for the little children. The older children take their lessons on benches under large shade trees. Class sizes range from 125 to 150 students. When it rains, there is no school for the older children. And when the rainy season hits in late summer, the lack of a dining room makes meals a challenge.

As we were digesting and struggling with these realities of refugee life, the children left their classrooms and rushed across a large open yard to greet us. They formed around us and sang songs of faith and hope and love of Jesus. They danced and played music and within minutes had us dancing with them. We saw joy on their faces and faith in their prayers and hope in their eyes. Despite their meager infrastructure, the staff of this camp led by Rev. Solomon Folorunsho enveloped these children with love and faith.

After their warm greeting, the A2S staff pulled out and distributed books, soccer balls, basketballs, jump ropes, frisbees, and bottles of bubbles. Middle school girls did double dutch on the long jump ropes and screamed when the teachers would jump in. The little ones ran off to with the soap bottles to create streams of bubbles then chase them through the air.

The staff joined the children in an impromptu soccer game just before 2,500 meals showed up and it was all hands on deck for distribution. The A2S Afterschool cooking staff had spent the night preparing 2,500 meals and the students loved the special treat. I handed out utensils and waters as a long line of extremely orderly middle school girls each would each receive their waters or spoon with a slight curtsey and a sincere “thank you sir.” It was beyond humbling to think about what these children had been through and the grace they were showing us.

Late in the afternoon we took time to hear the children’s stories. I asked one high school age boy to tell me about himself and soon 20 others gathered around. Here is just a sample of what I heard:

Osman, 17, has been at the center for a year and six months. He was sent to this camp as his family escaped across the border to Cameroon. He spoke to his mother and father for the first time since he came to camp this May.

Like Osman, Ezra’s parents escaped to Cameroon. He has spoken to them many times. He wants to re-unite when it is possible.

Hosea’s uncle got him to this camp as his family escaped to a neighboring state. Hosea is very bright, scored high on his recent college placement test and wants to be a pharmacist.

Ruta’s father was killed by Boko Haram, but his mother escaped and now lives in Jos away from the violence.

Ambrose has been in camp two years. He is the only survivor in his family. I struggled with what to say when he told me that. He wants to go to college and study anatomy.

William’s uncle was able to get him to camp. He has been there for a year and a half. He speaks to his uncle often. He has not spoken to his parents. They have been missing since he came to camp.

It struck me that these boys reminded me of my son’s buddies. They are bright, friendly, engaging…really good kids facing circumstances in their lives that none of us has faced. How would we react if we found ourselves in that situation? I would hope that we could find the love and support like they have found at this Christian ministry.

Late in the day we joined as a group under some shade trees to hear stories from widows who had escaped from the violence in the northeast. They spoke in their regional dialect and told stories of brutality and fear and incredible fortitude in the face of terror. An extremely bright, handsome young teenage boy, Emmanuel, interpreted these stories for us. Here are two that went to our hearts:

A widow described how she escaped from her village with 23 others and hid in a hole in the side of a mountain (I assume a cave). They would sneak out late at night to get water and a one point resorted to eating grass. Boko Haram soldiers captured her and her neighbors when they decided to leave the cave. They were moved to a makeshift prison and there decided that they would fast and pray for three days to ask God for help. On the third night, the late shift guards fell asleep and all 24 escaped. There is no question in her mind why she is alive today.

The last widow to tell us her story told (through Emmanuel) a heartbreaking tale of her husband being killed because he would not deny his faith and convert to Boko Haram’s beliefs. Emmanuel told this story, like he had told 4 others, dispassionately, straining for accuracy. He came to the part of the murder and said simply, “they killed her husband.” It was his mother he was interpreting for.

How do you describe your feelings on a day like this? You feel jarred and hurting as you see what hatred has done to these young children and these widows. As we walked together at one part in the day, Andrew said “it is hard to believe one man would do this to another.” And then we both realized that in these circumstances, these children and these widows are the fortunate ones. Their earthly world may have been shattered, but they escaped. And most importantly, their faith and their hope is intact.

As a group today is was clear that we were shaken by coming face-to-face with the human beings that before this had just been CNN news blurbs about violence in northeast Nigeria. But after seeing the joy as these children jumped rope and chased after frisbees and kicked a soccer balls and prayed and sang and danced…our faith in the power of God to restore and inspire these lives is more firm than ever.

*Not well known is the fact that Boko Haram terrorists have killed more people than any other current terrorist group (including ISIS and Al Qaeda). An estimated 30,000.