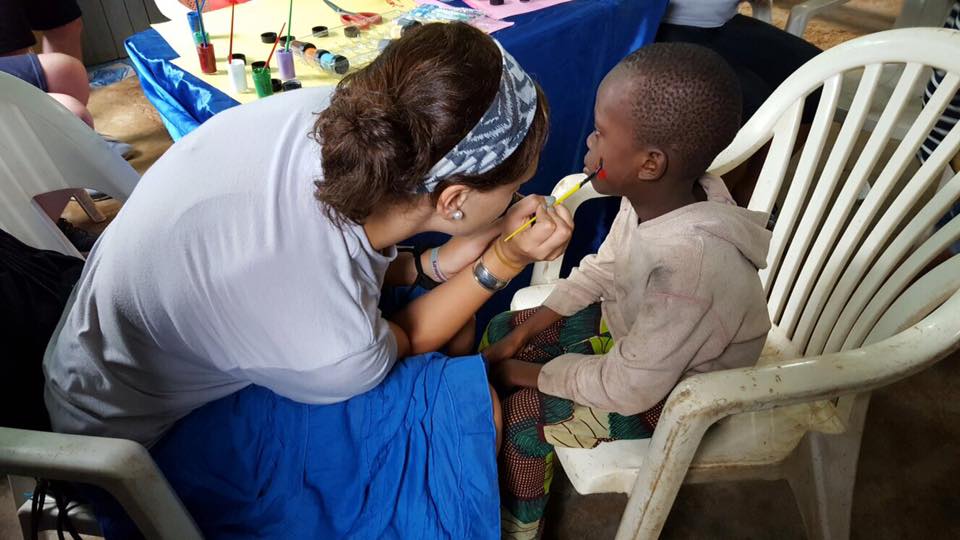 Today was an awesome day full of peaks. We spent almost the entire day interacting with the children, visiting them at school and at A2S Summer Bible School. Even though the time spent with the children was great, there were still a few pits that came with the day.

The day began with devotion that I actually planned out. I just wanted to encourage everyone to stay strong and rely on the strength of the Lord to help us finish out the week, as the physical and emotional aspects of the week has begun to tire everyone out. After our devotion, we went to the church to pick up supplies for our trip to two schools. The schools were in the same compound, and since it was raining, the teachers combined two classes into one room. We went from class to class trying to inspire the children through Andrew’s story. In each room, we handed notebooks out to all of the children. But the biggest impact that the school had on me was seeing the deplorable conditions that a large portion of the classrooms were in, yet the children were extremely excited to be in school in learning.

This struck me especially hard because back home there are kids always skipping school or complaining about being there. These kids were sitting on a cold, muddy wet floor, with water dripping on them from the holes in the roof, and they still had a passion for their academics. This just showed me that in the United States we take so much, including where we go to school, for granted. Back home the questions surrounding school are where are you going or where do you plan to go to college. Most of these kids are not even sure where their next meal is coming from much less worrying about the water dripping on their heads as they are learning.

While it was upsetting to see the conditions the children were learning in, it was exciting to see some of their smiling faces later that evening at VBS. Today was arts and crafts day, so while many children were making various crafts and shoes, Reiley, Mrs. Bridgeford, and I were doing face painting with the kids as Jack tried to keep order of all of the extremely excited children. We spent the afternoon painting barely recognizable boats, flowers, hearts, butterflies, and the Nigerian flag. But the fact that our craft skills were not of the highest quality did not matter to the children they were each trying to get to the front of the line, and in some cases, come back for another turn.

As VBS came to a close, the children were exhausted from the week, and half of our team were holding sleeping children. One of my favorite parts of my day was getting to play games and dancing with the older girls who were helping clean up at the end of the day. They were so excited to teach us their games and have us teach them our dances. Then we left soon after for dinner at Pastor Ben’s, who thankfully did not make us go back for seconds this evening! Over all, today was a day full of eye-opening cultural differences and having fun with the children.